DANVILLE, Va.  — Caesars Entertainment and the Eastern Band of Cherokee Indians announced their partnership today in the development of Caesars Virginia, which breaks ground in Danville this week.

The now-$650 million project is expected to drive tourism and economic growth for Danville and the broader region, according to a written statement. The casino is scheduled to open in late 2024.

Caesars Virginia will include a 500-room hotel and a world-class casino gaming floor with more than 1,300 slots, 85 live table games, 24 electronic table games, a World Series of Poker room and a Caesars Sportsbook. In addition, the resort will feature a full-service spa, pool, bars and restaurants, a 2,500-seat state-of-the-art live entertainment theater and 40,000 square feet of meeting and convention space.

Caesars, the largest domestic casino-entertainment company with more than 50 owned and managed properties, will serve as the manager of the casino. Caesars, the Cherokee and a local minority investor will be partners in the joint venture, according to the statement.

“We are excited to build a world-class Caesars resort in Danville with the Eastern Band of Cherokee Indians, a valued partner of Caesars Entertainment for more than 20 years,” Anthony Carano, president and chief operating officer for Caesars Entertainment said. “Caesars‘ diverse collection of destinations across the U.S. is synonymous with unparalleled service, impressive benefits through our Caesars Rewards loyalty program, superstar entertainment talent and culinary excellence. We will bring these same phenomenal offerings to the Danville region for people to enjoy.”

Richard Sneed, principal chief of the Eastern Band of Cherokee Indians, called the partnership “a vital opportunity for our nation and our people. We are excited to be expanding our longstanding and successful partnership with Caesars Entertainment to develop a first-class resort that will be defined by luxury and service that Caesars’ guests have known and come to expect.” 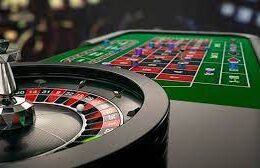 Every experienced casino player knows well that one of the most essential things when gambling, regardless of whether…
byadmin

How Isaac Newton could help you beat the casino at roulette

Imagine walking into a casino with a computer strapped to your chest. Solenoid electromagnets thump against your body…
byadmin

Wall Street has long been likened to a casino. Robinhood, an investment app that just filed plans for an initial public offering,…
byjohn paul

Why should you play at Casino Rewards?

When you start playing at any of the Casino Rewards brands, you will immediately become enrolled in our…
byjohn paul