You Can Forget About Crypto Now

byjohn paul
You Can Forget About Crypto Now

When I spoke with Sam Bankman-Fried three weeks ago, he was crypto’s golden boy. Worth about $15 billion, this quirky 30-year-old led one of the industry’s largest empires. Over the past few years, he’s palled around with Bill Clinton, graced the cover of Fortune magazine, and turned himself into a three-letter initialism: SBF. Toward the end of our rambling, 90-minute interview, Bankman-Fried dropped a casual hint at the state of his finances. “The truth is,” he said, “most of my wealth is not liquid right now.” As for why his once-generous political donations had dried up over the previous few months, he offered up a mysterious koan: “There’s constraints on what I can give, short-term.”

That turned out to be an extreme understatement. This week, Bankman-Fried lost virtually his entire fortune over the course of a single day, in what Bloomberg has called “one of history’s greatest-ever destructions of wealth.” The biggest companies he once oversaw, the crypto exchange FTX and the hedge fund Alameda Research, became nearly insolvent overnight, and have since filed for bankruptcy, along with “approximately 130 additional affiliated companies” under the Bankman-Fried umbrella. By Friday—in an irony lost on absolutely no one—John J. Ray III, the lawyer who oversaw the liquidation of Enron, was the new CEO of FTX.

Crypto collapses have become par for the course. But even for an industry known for its volatility, the downfall of SBF came as a cascade of cold water. Bankman-Fried, after all, was supposed to be crypto’s good-guy wunderkind, the pro-regulation prophet who would finally lead crypto into the mainstream. Indeed, SBF put particular emphasis on the idea that you could trust his exchange in an industry notorious for its gamblers and grifters; as if to make that message even clearer, FTX paid to sponsor MLB’s umpires—those supposed arbiters of truth and fairness—as opposed to its players. In an article that has since been erased from the internet, the venture-capital firm Sequoia hailed SBF as a surefire “future trillionaire,” in part thanks to the scale of his vision for a future where trading bitcoin is as easy and popular as shopping on Amazon.

But now, crypto feels less ready for the mainstream than it has in years. Even as crypto slunk into a bear market in recent months, there was still the dream of crypto as it was originally conceived in the aftermath of the 2008 financial crisis: Part of the blockchain’s raison d’être lay in cutting out greedy bankers and creating greater trust between transacting parties. Now, in 2022, the crypto markets are controlled by an industry that’s proved time and time again just how similar to the existing financial system it really is. Before this year’s crash, it felt like a decent portion of the public was starting to trust this industry. SBF’s antics have turned back the clock, and what looked like a winter is starting to feel more like an ice age.

Imagine your debit card suddenly stopped working because the executives at your bank were out making high-risk trades with your money while you were trying to pay for groceries—that’s roughly analogous to what Bankman-Fried is accused of pulling off. (Bankman-Fried did not respond to a request for comment.)

The fall began with a story from the CoinDesk reporter Ian Allison suggesting that SBF’s companies were far more interconnected than anyone knew. Rather than storing value in dollars and debts, Bankman-Fried’s empire kept money in an in-house cryptocurrency, which, of course, only works as long as the currency remains steady. It just so happened that FTX rival Binance—led by the richest man in crypto, the Chinese billionaire Changpeng Zhao—had a couple billion dollars worth of that cryptocurrency on its own balance sheet. After the CoinDesk report, Zhao said he planned to dump it all.

The dominoes tumbled from there. In the wake of Zhao’s chess move, FTX found itself having trouble paying out withdrawals to customers. Suddenly, a company once worth $32 billion was $8 billion in the hole. Zhao initially said Binance would buy FTX for scrap, but backed out once he got a look at the books. FTX was never a bank; customers will be lucky to get even a fraction of their money back in bankruptcy court over the next few years, and it seems possible that SBF will face serious legal repercussions. 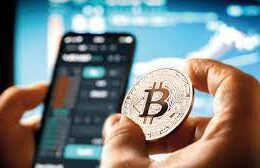 Want to Know Where Crypto Is Headed? Remember 2008

History may not repeat itself, but it certainly rhymes. The aftermath of the crypto market carnage isn’t as…
byjohn paul