Casino operator Haven Gaming LLC has revealed plans to invest in a new property in Danville, Illinois. The investment will be worth $230 million with the proposed casino project featuring 1,800 slots and 40 table games. Haven Gaming’s announcement comes at a time when revenue from the state’s 10 casinos has been steadily declining.

According to observers, the investment may reach $250 million, as the proposed sum is a conservative number. Meanwhile, Danville officials have already shown signs of enthusiasm about the upcoming project. The potential benefits, they say, could be $21.7 million in revenue annually.

With Indiana launching sports betting on Thursday, October 3, Illinois has found itself surrounded by states where gambling is legal. Previously, only Nevada had a legalized industry, but this is changing very quickly.

Haven Gaming LLC is taking a risk, some estimate, but the company had the chance to speak with Danville aldermen, reassuring them that their project will achieve its financial goals.

Bringing Businesses Under the Same Roof

Haven Gaming won’t rely on a conventional casino business model. According to the company’s CEO Bill Bembenek, casino-goers require much more from the experience as it is today. That requires to come up with a new paradigm to allow them to enjoy themselves:

Bembenek has been backed by the company’s attorney, Scotty Sypolt, who also elaborated on Haven’s plans for their project. According to Sypolt, the mid-west was missing a high-quality casino resort, which can quickly turn into a drawing point from across the state border.

Not only that but competitors – particularly from Mille Lacs Corporate Ventures – have also tried to make a claim on Danville and install a casino resort. Located within 60 minutes’ drive, the project provides great base for business, too, he estimates.

Plus, the Danville project would have a solid local based to tap into, with residents in the area numbering some 2.4 million people.

Not everyone was as happy, however. UI professor Emeritus John Kindt has called gambling the crack cocaine of young people and cautioned about the likeliness of people flocking to the casino floors. Kindt similarly said that as young people seek new ways to gamble, they would most likely take to mobile and online gambling as well.

He also pointed out to the evolution of the industry – in the 1990s, casinos had to stay away from populated areas, but this has changed significantly, with ‘the slots’ being brought directly to students. More importantly, Kindt warned that 10% of the younger generation has already showed signs of problem gambling:

Haven’s objection is that gambling is already well-rooted in the region with 300-odd venues offering some for of gambling already. Despite a falling revenue, demand is only surging, a 2019 report from the Commission on Government Forecasting and Accountability has shown. Here are some of the numbers:

Revealing their plans a little more, Haven has said that people who are looking to choose a casino would consistently turn to projects that have a little more to offer in the way of food selection and gaming options.

“Wherever I look I see not just bad conduct but illegal conduct, improper conduct, unacceptable conduct and it…
byadmin 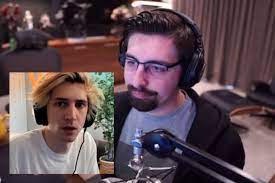 Twitch Gambling: Popular streamer Sodapoppin- Gambling on Twitch has been a source of regular debate within the streaming community.…
byjohn paul