On December 30, 1967, senior detectives from Scotland Yard sent owners of gambling clubs into a proverbial spin. Anyone operating a roulette wheel that contained the number zero would be prosecuted, they warned. From now on the whirl of numbers would all be reds and blacks – starting with the number one.

This warning 50 years ago followed a judgment in the House of Lords, the country’s highest court of appeal at the time, that the green zero was illegal under gaming law. According to these so-called “law lords”, this was because the chances must be equally favourable to all players in the game.

The Lords’ problem with the zero was that players betting on the ball landing on an individual number were being offered odds of 35/1 – put £1 on number 7 and if it came up you got £35 back plus your stake. But standard British roulette wheels have 37 numbers including zero, so the odds should have been 36/1.

This discrepancy gave the house an edge of 2.7% – the proportion of times the ball would randomly fall into the zero slot. (Note that in the US and South America roulette wheels normally have both a zero and double zero, giving them a house edge of just over 5%).

The British edge on roulette wheels was a small one, such that someone staking £10 on a spin would expect statistically to lose an average of 27 pence. But it’s a vital one. Without an edge on a game the operator would expect only to break even, and that’s before accounting for running costs. The Lords’ decision also looked like the back door to banning every other game with a house edge, such as blackjack and baccarat.

It had been illegal in the UK to organise and manage the playing of games of chance since the Gaming Act of 1845. The Betting and Gaming Act 1960 was the most substantive change to gambling regulation since then. As well as permitting the likes of betting shops and pub fruit machines, it opened the door to gambling halls – though only in a very restricted way.

Designed to permit small-stakes play on bridge in members’ clubs, the act legalised gaming clubs so long as they took their money from membership fees and from charges to cover the cost of the gaming facilities. Casinos soon proliferated, however, and by the mid-1960s around a thousand had sprung up.

Many introduced French-style roulette, with wheels that included a single zero, since the law had arguably not been clear as to whether the house could have an edge. The one variation thought necessary by some to comply with the legislation was that when the ball landed on zero the house and player split the stake, instead of it being kept by the house.

Not only had the law liberalised gambling more than had been envisaged by the government of the day, many casinos had apparent ties to organised crime. London gaming quickly became notorious. Film star George Raft, a man once linked to such shady characters as Las Vegas mobster Benjamin “Bugsy” Siegel, was one of the more high-profile names associated with the scene.

When the Lords drew a line in the sand in 1967 by banning zeros in roulette, gaming bodies went into overdrive. One proposal designed to save the zero was to offer odds of 36/1 on individual numbers, and instead levy a playing charge on the players.

The government was soon persuaded it needed to legislate again. In 1968 a new Gaming Act introduced a Gaming Board and strict measures to regulate and police gaming in Great Britain. New licensing rules, including a “fit and proper persons” test, pushed out the shady operators.

The one concession to the industry was that gaming clubs and casinos would be permitted to play roulette with a zero. Other games with a house edge, such as baccarat, blackjack and craps were also explicitly permitted. In an environment of regulated, licensed gaming establishments, the government was saying, a small edge was acceptable as a way of paying for costs and turning a profit.

This came on the back of another reform that was vital for developing the industry that we see today. Following the legalisation of betting shops in 1960, the government began taxing their turnover in 1966. It was the first tax on betting since the one introduced in 1926 by then Chancellor of the Exchequer, Winston Churchill, in the days before cash bookmaking was legal and above board.

“I am not looking for trouble. I am looking for revenue,” Churchill declared at the time. He didn’t see much of the latter and got a lot of the former: endless enforcement difficulties and opposition from lobby groups and in parliament. The tax was gone by 1930.

Yet the 1966 tax stuck, and today the UK gambling landscape is much changed – not only because of the introduction of the National Lottery in 1994 but thanks also in large measure to two key pieces of modernising legislation. The first was the radical overhaul of betting taxation in 2001 and the other was the Gambling Act of 2005, both of which I was closely involved with as an adviser.

Instead of taxing betting turnover, now operators are taxed on their winnings (gross profits). Casinos, betting shops and online operators can advertise on radio and TV; players no longer need to be members of casinos to visit them; and online operators based overseas but active in the UK market must comply with UK licence requirements.

Betting exchanges allow people to bet person-to-person, a Gambling Commission regulates betting and gaming, and electronic roulette with a zero is legally available in betting shops and casinos.

The industry as a whole has grown very significantly in size and employs a lot of people, and there is more evidence-based research and focus on the issue of gambling prevalence and problem gambling than ever before. The wheel has certainly turned a long way since that Lords decision in 1967, when the country was still trying to decide what kind of gambling system it wanted. The question that now divides opinion is how far the wheel has turned for the better.

BONGVIP with the short name that gamers usually decision is headquartered within the Philippines. focuses on running varied…
byadmin 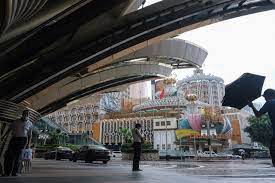 Casino VIP Programs: How to Get Rewarded for Gambling

You sit down to play the Wizard of Oz slot machine in your favorite casino. You whip out…
byadmin

The online gambling industry keeps on growing at a rapid pace, welcoming hundreds of online casinos every year. It is…
byadmin