John Paul I was pope for just 33 days. The story of his death is still evolving.

byadmin
6 minute read
John Paul I was pope for just 33 days. The story of his death is still evolving.
Total
0
Shares
0
0
0

VATICAN CITY — On the morning of Sept. 29, 1978, the Vatican issued a short and stunning bulletin, announcing that Pope John Paul I was dead of a heart attack‘, his body discovered in bed by a priest who served as his personal secretary.

That was the first version of what happened, at least.

Within days, rumors of foul play were spreading. Cardinals in the Roman Curia pressed for clarifications. When an Italian wire service revealed that the Vatican had misidentified the person who’d found the corpse, the sense of mystery only grew: What might explain how a pope, at age 65, could die after just 33 days on the job?

Four decades later, John Paul I is on the trajectory toward sainthood. The Vatican has announced that he will be beatified, after a first miracle — the healing of a critically ill 11-year-old girl in Buenos Aires in 2011 — was attributed to his intervention.

Over the years, a small number of people have plunged into the case, each taking drastically different approaches — and only some hewing to the facts. John Paul I’s legacy has come to be defined not only by mystery and conspiracy, but by competing attempts to set the record straight.

What all accounts agree on is that John Paul I was a pope different from so many others. He came from a poor family in Italy’s mountainous backwoods. He had never wanted to be anything more than a country priest. He was chosen quickly in the conclave, which lasted just 26 hours, and after his selection, he made a good public impression. He did away with some of the pomp of the office. He used simple language.

“Never could I have imagined,” John Paul I said on his first day as pope.

Then, a month later, his pontificate was over — the shortest reign since the early 1600s — and the Catholic world was left to make sense of the inexplicability.

Why had the Vatican misreported who found him? Why had there been a seeming rush to embalm the body, without an autopsy? The questions swirled for years before British crime writer David Yallop published a book about the case and concluded that the church was surely covering up a murder. His theory was that John Paul I had been poisoned, struck down by the Vatican deep state just before he could reveal corruption at its highest levels.

Yallop’s 1984 book, “In God’s Name,” offered scant sourcing or evidence. But it gained popular power by piggybacking on a real Vatican banking scandal — one that involved a Masonic lodge and an Italian banker who’d died under mysterious circumstances. In Yallop’s telling, John Paul I’s death was a part of that story, because behind the scenes, he had trained his eye on the financial corruption, putting the Curia on edge. Yallop named six people who stood to gain if the pope was suddenly removed. One was Archbishop Paul Marcinkus, a burly American who headed the Vatican Bank.

These Americans are devoted to the old Latin Mass. They are also at odds with Pope Francis.

In the book’s most memorable scene, Yallop describes how a dazed Marcinkus had been spotted inside the Vatican walls at an unusually early hour on the morning John Paul I’s body was discovered.

“Marcinkus had the motive and the opportunity,” Yallop wrote.

The Vatican called the claims “absurd.” But the book became, in effect, the second account of how John Paul I died, after the Vatican’s own.

An account of a pope who wanted to die

By the standards of a church that rarely tries to clarify controversies — and indeed abides a certain level of mystery — its next step amounted to a bold counterstrike. In 1987, Archbishop John Foley, an official in the Vatican communications office, got in touch with yet another British journalist and author, John Cornwell, offering him the mission of dispelling the falsehoods. Cornwell, a lapsed Catholic and former seminarian, headed to Rome and started knocking on the doors of the key players. After being invited to a private Mass with John Paul II — a de facto blessing for the project — many of those doors started to swing open.

The Vatican had falsely indicated who found the body, it turned out, simply out of shame to admit that a woman — a nun working in the papal apartments — was the one who had entered the papal bedroom. What’s more, John Paul I did not appear to have a secret agenda, nor any appetite for digging into the church’s finances. And the circumstantial evidence used to connect Marcinkus to a murder plot could be easily dismissed: The archbishop was an early riser, and it was routine for him to be in the Vatican by 6:30 a.m.

Cornwell, in that sense, served exactly the role the Vatican had hoped for. But he was anything but an institutional mouthpiece — and he used his long talks with gossipy prelates to create a new theory of John Paul I’s death.

According to the narrative Cornwell developed, John Paul I’s brief pontificate had been careering toward disaster — and many in the Vatican could see it. The Curia mocked the new pope as unsophisticated, childish, with a “Reader’s Digest-mentality.” And he was breaking under the pressure of his role. Leaning heavily on interviews with John Paul I’s priest-secretaries, Cornwell described the pope as asking daily, “Why did they choose me?” John Paul I believed his selection had been a grave mistake.

“He was not going to be a great pope,” Cornwell, now 81, said in a phone interview from London.

The Vatican has three jail cells, one prisoner — and suddenly, a surge of people on trial

Cornwell’s book included an ­anecdote, relayed by one of John Paul I’s secretaries, John Magee, of a day when the pope let slip a clutch of documents while walking in a roof-deck garden. The pages fluttered downward, scattering across several roofs, and the pope was in despair, saying, “Oh my God, oh my God.” Magee suggested John Paul I go lie down. The Vatican fire brigade eventually managed to collect every piece of paper. But all the while, the pope was curled up in a fetal position on his bed, according to Magee, broken by even modest adversity.

Cornwell had no doubt that John Paul I’s death was natural — either a heart attack or an embolism. The pope had a track record of circulatory problems; his lower legs were swollen. He’d complained of chest pain hours before his death.

But the book, in its most controversial part, claimed that John Paul I’s death was connected to his fractured mental state. One of the pope’s nieces, Lina Petri, was quoted as saying that perhaps the stressed pontiff had neglected to take anticoagulant medication. (Petri, in an interview with The Washington Post, said she “could not possibly know” whether her uncle had or hadn’t taken medication.)

The book homed in on the detail that the pope, after registering pain, had waved off his staff from calling a doctor.

In this third version of the story — more tragic than any conspiracy, Cornwell wrote — John Paul I was a pope who wanted to die. “It took only his refusal to see a doctor and the heedlessness of others to ensure the end he so devoutly wished for,” Cornwell wrote.

Documenting the life and death of a could-be saint

Stefania Falasca, 58, makes clear that her version of events — the most recent — resulted from a process more methodical than any earlier undertaking. She had access to a trove of never-before-seen documents. She read confidential doctors’ reports and notes about the pope’s clinical history. She happened upon this privilege by virtue of her role: She is the vice postulator for John Paul I’s sainthood.

A postulator has a difficult line to walk, charged with promoting the reasons a candidate should attain sainthood, while also helping to draft a full biography that might bring to light factors that work against the cause. Falasca’s research has helped fill five massive volumes used by the Vatican to analyze nearly every facet of John Paul I’s life and death.

She says her goal is “safeguarding” the realities of his life. She can scarcely hide her contempt for the narratives that came before, calling them “noir literature,” or tabloid trash, and burying her head in her hands when asked to respond to past theories, including those raised by Cornwell.

“This is the longest-running fake news of the 20th century,” said Falasca, sitting in an office several blocks from St. Peter’s Square. 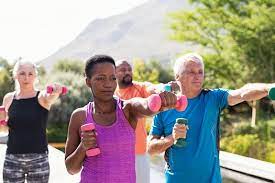 There's no reason for you to worry about becoming ill or getting older as you get older. Since the beginning of the 1990s, the proportion of seniors who are disabled has decreased dramatically.
byadmin

SimpleMorph: Tool to Conversationalize Video SimpleMorph is a text-to-speech module that enables you to add text to your…
byadmin