What Does Win-More Mean in Magic?

Casual players might understandably think “win-more” refers to great cards that help players defeat their opponents, but in fact, it’s quite the reverse. Win-more refers to cards classified as only helping you “win even more” while you’re already ahead.

Many players view these spells negatively because if you’re already winning, you don’t need their power since you have the advantage, and if you’re losing, they’re not helpful. Still, some win-more cards deserve a chance—here are ten win-mores worth considering in Magic: The Gathering!

Win-more because: Pulling off this card’s insta-win requires a direct hit from an expensive creature with no protection from removals, and it can be blocked by a single flyer/reacher. Even if it lands, you need at minimum six cards in hand, more if they don’t all have a different mana cost.

But still playable: Boy, pulling off Artemis’s win-con is tricky, but when it hits, it’s literally game-ending. Stats are also decent, and the activated ability loots cards to help later trigger the win.

Win-More because: Gaining any benefit requires direct hits on players, which is something that if red (the aggro color) is already in a position to achieve, means they’re doing fine.

But still playable: Times will arise when you really wish you had a removal instead of this, but it can pressure foes to chump-block simply to avoid having to deal with even stronger creatures. Prey also works well with trample, unblockable creatures, and in multiplayer, it gives opponents incentive to prioritize attacking someone else.

Win-More because: You need a total of eight mana just to equip this, for a ridiculously small +1/+0 boost. The real benefit comes once transformed, which requires a direct hit on an opponent, and even once Unbound is out, part of his effect only works when someone else loses the game (useless in 1v1).

But still playable: Not for every deck, but using hard-to-block creatures (flying, menace, etc.) helps land your hit, and the promise of a 13/13 demon with flying, intimidate, and trample is pretty tempting. Just know that if you’re in multiplayer, you could become the target because if someone else loses, remaining opponents now have to deal with a 26/26.

Win-More because: Huatli has no token-producing effects to defend herself and no removals to eliminate threats, so if she’s not protected by your other cards, she’s toast. Her +1 also depends on controlling creatures to do anything.

But still playable: When she does survive, Huatli amasses loyalty at incredible rates with +1 if you control a few creatures, gaining loyalty for each. Her ultimate -8 isn’t as groundbreaking as most, but still a big advantage, providing an emblem (which can’t be removed) that lets you draw whenever a creature enters. Sufficiently guarded, Huatli may even last long enough to produce multiple copies of these.

Win-More because: Both halves require landing combat damage, meaning they need creatures and board states where you want to attack.

But still playable: Low mana costs help balance this split spell, and I like that both effects help actually land your damage. Driven gives temporary trample and draws that turn whenever your creatures hit, while Despair (cast from your graveyard into exile) gives menace and makes opponents discard.

Win-More because: This enchantment needs three colors and only triggers at your upkeep, so opponents have time to respond. Even then, you need a creature with 5, 10, and 20 power for the first, second, and third effects.

But still playable: Aria admittedly asks a lot, but it does reward you when satisfied. Controlling a creature with five or more power gives everything you have a +1/+1, which slowly edges you towards the ten power trigger, granting ten life. The 20 power trigger wins you the game, giving a nice alt-win if foes are able to stall your titan from attacking.

Win-More because: Big mana price and only decent stats hamper Troll. Getting his +20/+20 effect requires tapping other creatures with ten or more power, and without trample, he can be easily chump-blocked by fodder tokens.

But still playable: Troll’s saving grace is his auto-regen, meaning he can never be killed; the only real way to get rid of him is exile or counterspells. His +20/+20 effect won’t trigger much, but it’s devastating when it hits, and green has plenty of other ways to get trample onto him (Rancor, Garruk’s Uprising, and so on).

But still playable: While its secondary effects won’t matter until later in the game, it’s hard to complain when the only downside is entering tapped. Most decks will care far more about the mana-fixing than the god effect, but god builds do exist that use it as their effective win-con.

Win-More because: Huge mana costs for both casting and second ability, and mediocre stats considering.

But still playable: Many spells and effects can cheat creatures into play, avoiding Spawnsire’s hefty price. Annihilator 1 isn’t as strong as other big eldrazi annihilators, but still deadly, forcing defending players to sacrifice a permanent when attacked. The first activated ability creates 0/1 tokens you can sac for mana, and the second (which needs 20 mana) plays eldrazi from your sideboard. To realistically utilize it, try an infinite mana combo—from there, you’ve almost certainly won.

Win-More because: Baron’s strongest effect needs you at 30 life and an opponent a 10 or less.

But still playable: Accepting that Baron’s upgrade won’t come up often, he’s just a great card. A 4/4 with vampire synergy, and protection from his own colors (black and white) defends against most removals. And lifelink will gradually edge you closer to 30, so you never know; every so often, Baron becomes a 10/10 flying monstrosity while you cackle with glee. He’s also surprisingly cheap, costing less than one dollar!

What actually constitutes a win-more card is debatable, with spells like Karametra God of Harvests meeting the criteria according to some, but not others. You definitely don’t want to overload a deck with win-mores, as you need spells to bounce back from losing board states, but certain effects do help ensure you maintain a lead and are worth considering.

Practice to find the right balance in your own deck, but for now, vote for your favorite card and I’ll see you at our next MTG countdown! Are you looking for information on skyexchange sign up? You have come to the right place! In this…
byjohn paul 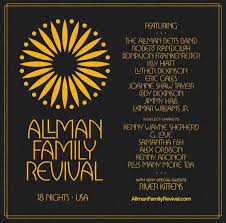 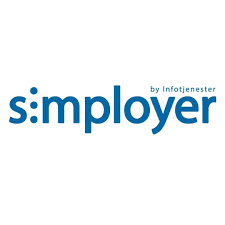 Are you looking for information on simployer logg inn? You have come to the right place! In this…
byadmin

Are you looking for information on Wpc16 Sabong Log In? You have come to the right place! In…
byjohn paul