Introduction
SOCMINT is defined as the ability to collect, analyze, and disseminate intelligence on social media platforms. This includes identifying emerging trends in technology; identifying key influencers in a specific field; determining the best time to collect data; understanding how these people use their own language and make decisions based on what they say online. With SOCMINT you can potentially learn more about an individual than ever before possible due to the nature of how they communicate online.
Defining Social Media Intelligence (SOCMINT).
SOCMINT is a form of intelligence that is collected from social media. It is used to support the collection of other forms of intelligence, and it can be used in conjunction with traditional forms of intelligence analysis.
SOCMINT includes three main components:
• Content analysis—the process by which data are analyzed to identify patterns and trends within them;
• Social network analysis (SNA)—a process for analyzing relationships between individuals and groups;
• Sentiment analysis—an automated process for identifying positive or negative sentiments expressed in tweets written by users on Twitter
The uses and objectives of SOCMINT.
SOCMINT is a powerful tool for detecting and understanding threats. It can be used to predict future terrorist and criminal activity, identify potential sources of information and more.
SOCMINT has many uses:
• To detect, understand and respond to threats
• To recognize patterns in data that indicate potential problems or opportunities for terrorists/criminals (e.g., social media posts)
• To enable government agencies to prioritize their time based on current events rather than responding haphazardly
How is SOCMINT collected?
The SOCMINT data is collected from a variety of sources, including:
• Data provided by the public sector (such as police reports)
• Data collected by other agencies (such as DMV records and insurance claims)
• Self-reported information on the part of consumers who choose to participate in surveys or surveys conducted by third parties.

Who can use SOCMINT and why?

The SOCMINT is a tool that can be used by anybody. It’s not just for security agencies and governments, but also businesses, media organizations and civil society groups. The aim of the project is to make it possible for anyone in the world to easily access information about cyber threats on their local area network (LAN).
The project was launched in order to help people protect themselves against potential cyberattacks by providing them with accurate information about what kind of attacks are taking place at any given time.

The potential benefits of using SOCMINT.

SOCMINT can provide a wealth of information about criminals and terrorists, which can then be used to help authorities prevent further crimes. The biggest benefit of using SOCMINT is that it allows police forces around the world to share information securely with each other, without having to worry about whether or not private details have been revealed. While this may seem like a good thing in theory—and indeed some argue that providing intelligence leads to more crime prevention—there are still many concerns surrounding its use by governments around the world. 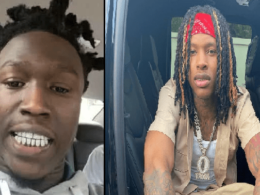 7 Signs of an Essay

It is possible to identify some general characteristics (features) of the genre, which are usually listed in encyclopedias…
byadmin 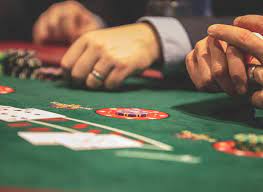 Differences between Online and Casino Blackjack

With the pandemic sweeping through the globe, and the introduction of a “new norm”, it’s getting increasingly hard…
byadmin