From couch co-op to online competitive action a world away, finding a person to share in your journey or compete against has become a core part of gaming. Many games are designed to be enjoyed by multiple people, and on Xbox consoles and PC, there’s no shortage of them. And if you’re an Xbox Game Pass subscriber, you and your buddies don’t all have to buy the same games to play with each other online; you simply need the $15/month membership. Once signed up, you and your friends have access to dozens of great multiplayer games. For those looking for the couch multiplayer of the old days, there are some great Game Pass games with split-screen and local multiplayer. We’ve rounded up our picks for the best Xbox Game Pass multiplayer games.

Since Xbox Game Pass Ultimate includes access to the entire Xbox and PC Game Pass libraries, we’ve noted which platforms the games are available for below. We’ve also made it clear which games are compatible with Xbox Cloud Gaming, a perk of the Ultimate subscription that lets you stream select Game Pass games on your phone, tablet, or PC.

Hazelight has made a name for itself by creating the gold standard in co-op games, and A Way Out is a prime example of this studio and its philosophy. A rugged prison break adventure for two players, A Way Out has terrific environments to explore and takes full advantage of its co-op structure to render some creative obstacles for players to overcome.

One of the best cyberpunk games of recent memory, The Ascent is pure style and attitude in a top-down twin-stick shooter format. It’s worth having a friend around to watch your back in co-op, and with a fellow hacker covering the angles–cross-play included–the gorgeous firefights become fun, explosive, and wonderfully chaotic.

The only thing better than establishing a kingdom and navigating the murderous intrigue of your royal court is doing all of that with a faithful vassal in tow. Whether you’re playing as separate nations or feuding states, Crusader Kings 3 excels with its gameplay that makes every choice matter in this feudal strategy title.

There’s nothing more terrifying than you and your friends having to play hide and go seek with a deranged killer, unless said maniac happens to be under the control of your pal. Classic asynchronous multiplayer gameplay that has evolved over the years, Dead by Daylight is an unnerving experience that has gruesome and gory content waiting for anyone brave enough to try it out.

The best Dragon Ball game on the market–we’ve checked the numbers–FighterZ is simply unmatched with its pitch-perfect gameplay, hard-hitting visuals, and genuine love for anime and manga source material. With a stacked roster of Dragon ball heavyweights and polished competitive gameplay in either couch co-op or online, this fighting game is not to be missed. 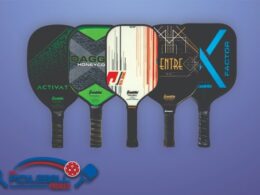 How to select the Best Pickleball Paddles.

Are you looking for a new best pickleball paddle? It can be tough to decide which one is the…
byjohn paul

Bottom line: Infinity Ward’s sequel to the massively popular MW19 reboot seems to be raising the stakes across the…
byadmin Gamers have known for a long time something that everyone else is starting to figure out: there’s a…
byjohn paul 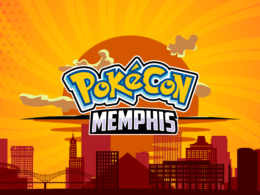