In 1991, Nintendo controlled an astonishing 85 percent of the American video game market. With the then-recent release of the SNES and classic titles like Super Mario World and The Legend of Zelda: A Link to the Past, Nintendo looked to dominate the gaming landscape for years to come. However, Sega (then a struggling arcade game manufacturer) had other plans.

The Sega Genesis couldn’t quite match the power of the SNES, and it certainly didn’t have the name recognition as Nintendo’s new console. However, thanks to its speedy blue mascot, a slew of excellent arcade ports, and a marketing strategy that focused on older gamers, the Genesis gave the Super Nintendo the competition it sorely needed. Of course, we all know things didn’t pan out for Sega in the end.

It’s been 20 years since the company exited the hardware market, but for a brief shining period, Sega reigned supreme over the gaming landscape with one of the best console libraries ever assembled. In honor of the impact of that library, here are the 15 best Sega Genesis games ever.

Ironically, we start near the end of the Sega Genesis’ lifespan with what is arguably the console’s last great game. By 1995, most gamers had already turned their attention to the Sony PlayStation and Sega Saturn. Nintendo had just shown there was still life in the SNES with then-revolutionary graphics of Donkey Kong Country, and Sega badly needed a response.

Their answer was Vectorman: an action platformer that used “vector piece animation” to animate the main character with 23 individual sprites rather than just one big sprite. If that sounds gimmicky, that’s because it totally was. Yet, there’s no denying the art style has aged better than most 16-bit games, and Vectorman still remains one of the more enjoyable platformers on the Genesis thanks to the quality of its lengthy and varied campaign.

Puyo Puyo is one of the most beloved match-four puzzle games of all time, but when it was time to bring the game to the West, Sega felt that it could use a Sonic-sized injection to boost sales, so they slapped the blue blur’s archnemesis on the cover and shoehorned in a respectable (if overly difficult) story mode.

As with most puzzle games, the real star here is this title’s wonderful multiplayer mode. This title’s core Puyo Puyo gameplay is still incredibly addictive, and the Dr. Robotnik aesthetic actually does give the game more character than if Sega had stayed closer to the source material.

With their annual release schedules and minimal yearly improvements, it’s rare to see any sports title come close to making a respectable list of any great console’s very best games. However, all the stars aligned just right for NHL ’94. It’s that special kind of sports title that stands the test of time.

Granted, NHL ’94 is not the most feature-rich game, but the action on the ice features just the right mix of realism and arcade speed needed to make every game feel unique. Presentation-wise, the arena-specific organ music and goal horns remain iconic. There’s a good argument to be made that no other hockey title’s gameplay has really matched what NHL ’94 delivered. EA’s decision to re-release the game for modern consoles in 2020 only verified how special this game really is.

Even after so many incredible Mortal Kombat experiences, many gamers still say that Mortal Kombat II is the best and most balanced entry in the long-running series. As you’ve undoubtedly figured out, I also happen to think that the Genesis port of the arcade game is one of that console’s absolute best experiences.

All the characters, stages, fatalities, and secrets from the arcade version of the title are all here, and the Genesis’ six-button control offered the perfect way to experience this landmark fighting game in the comfort of your home. Granted, some will argue that the SNES port is still superior. That’s really debatable. Each version has its merits, and, regardless of your preferences, the Genesis version of Mortal Kombat II is one of the very best fighters and arcade ports on Sega’s revolutionary console.

Mobile games are advancing much faster than any other technology to date. Android games seem to reach new…
byadmin 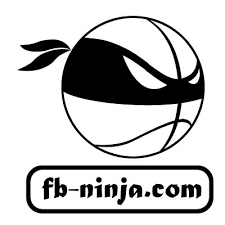