Most Popular Online Games of 2022: Try these Top 7 Played Video Games in the World

byjohn paul
Most Popular Online Games of 2022: Try these popular online games that are being played most across the world. Here is the list of Top 7 Online Games and learn how to play them.

Most Popular Online Games of 2022: The craze for online gaming has increased in the world with new games getting launched in the market. If we look at the recent trends, a substantial number of online games are available on different platforms like Android, iOS, Windows Phone OS, Symbian, and gaming consoles. As there is numerous online games option available, it becomes difficult for users to find the interesting and most played games. One of the other reasons for the surge in online gaming is the increased number of mobile users across the globe. So let’s look at the Top 5 most popular online games that are being played across the world.

There is a huge fan following of PUBG in the world. The main highlight of this game is its realistic graphics and top-notch gameplay. Its most popular feature is the Battle Royale Mode. In PUBG, the game theme revolves around different modes under which players take turns one by one or team-wise. Battle Royale Mode consists of hundred players who will fight against each other to finally get the chicken dinner. So it is a last-man-standing match where the players have to knock the other players down in the battle royale to win the game.

Developed by Mojang, Minecraft is one of the best-selling video games across the world with a huge active user base. Minecraft is a 3-D sandbox game with no objectives and goals to achieve. So the users can do whatever they want to do in the game, Thus giving full authority to the users in the game. The game can be played from a first-person perspective (FPP) and a third-person perspective (TPP). The game has five different game modes which include Survival, Creative, Hardcore, Adventure, and Spectator.

Apex Legends is a free online Battle Royale Game. It is available on various platforms like Microsoft Windows, PlayStation 4, Xbox One, and Nintendo Switch. The theme of Apex Legends revolves around an island where 20 three-person squads or 30 two-person will hunt for weapons and supplies to assemble themselves in an attempt to defeat other players in the game. As the game progresses, the island continues to shrink creating a do-or-die situation. The team which will be alive till the last wins the round. The game sustains cross-platform play.

Developed by Epic Games, Fortnite is another popular survival and Battle Royale Game played by many people across the world. There are four major game modes available in Fortnite – Battle Royale, Party Royale, Creative, and Save the World. Fortnite Battle Royale Mode works in the same way as the other battle royale games work where players go against each other to survive till the end. 100 players can participate in battle royale mode. Players can play solo or as a group of 4 players. Other than fight, guns, or battle royale mode, players can do much more like building walls, stairs, and other support elements.

Call of Duty Mobile is also a battle royale game and is considered one of the best shooting games around the world. The theme of the game revolves around wars. Some of the popular titles of the game are:

This game can be played anywhere at any place with anyone around the world. It is a multiplayer game which means a group of people or friends can also play the game at the same time.

CS:GO is a multiplayer game that can be played online as well as offline. It is a first-person shooter video game in which there are two teams playing against each other and both the teams have different missions to do whereas the ‘Terrorists’ need to secure a location, plant a bomb and held some hostages. The teams have to either save the hostage or have to stop planting bombs. At the end of each round, players are rewarded for their best performance.

An all-time favorite for gamers, League of Legends is one of the oldest games. Gamers enjoy playing LOL because of its mode scene, animation, and different graphics. Every level of this game has something new and different. In League of Legends, players work as a team and they need to destroy some core building that is protected by the enemy’s team structures. Players control the characters like Championship which they need to choose for every match. The match lasts for 20 to 50 min average.

Cialis and Extra super vidalista are two medications available on the market today. Which one is better? Let’s…
byadmin 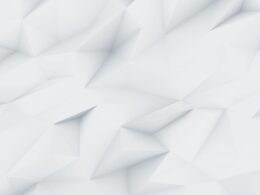 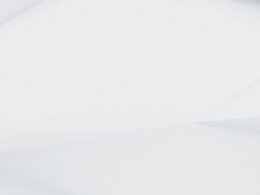 Keep employee training records all in one place in this handy Excel spreadsheet. Up to 25 employees and…
byadmin