Grand Theft Auto V’s sprawling, yet meticulously detailed map is still the high bar to which all other open-world modern PC games aspire. Not only is it huge, it’s incredibly dense with excellent content – not just the driving and shooting and three-protagonist story that make up its campaign, and not limited to the numerous side activities, but all the sights, sounds, and bustling activity you’d expect to find in a city teeming with humans, seedy underbelly included. 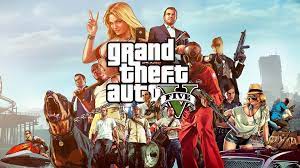 With so much to do, explore, and play with, both as a single-player PC game and Grand Theft Auto Online, plus great creative tools and mods, it’s truly amazing on multiple levels. Plus with the new Cayo Perico update adding a new solo heist and island to the map, not the mention the game coming to PS5 and Xbox Series X, there’s no sign of GTA V going to pasture anytime soon.

X COM 2 builds on the brilliant, high-stakes tactical combat of X COM: Enemy Unknown, and its War of the Chosen expansion made it even better. It has the same tension of going from a technologically inferior underdog to powerful war machine, with the constant threat of the permanent death of your customized soldiers looming over every decision. 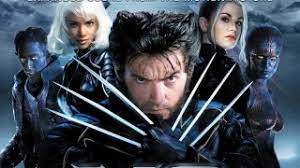 However, it turns the formula of defending Earth from alien invaders on its head by boldly recasting X COM as a guerrilla force attempting to liberate the planet from alien occupation, making the situation feel even more desperate than ever. This bigger, deeper sequel adds not just complexity in the form of new and more powerful soldier classes, equipment, and aliens, but also a huge focus on replay ability. Procedural generated maps keep you from falling into a repeatable pattern in tactical missions, frequent random events on the strategic map shake up your build and research orders, and of course mods galore.

Nier: Automate is, by all accounts, a game that shouldn’t exist. Director Yoko Taro’s original Nier flopped back in 2010, but it nevertheless developed a ravenous fan base – and for good reason. To put it simply: Nier: Automate does what the original sought to do, learning from its failures and building on its successes to create a blend of hardcore and fluid combat, bullet-hell shoot ’em up segments, and visual novel styling. It all coalesces into something entirely new. 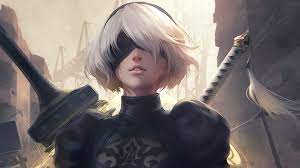 Despite a frustrating PC port that the fan base had to fix themselves with the all-but-mandatory FAR mod, Nier: Automaton’s staying power is etched somewhere within its philosophical musings of humanity, pain of existence, and ability to find the humor in between. Each of its big story moments is punctuated with a haunting soundtrack courtesy of composer Chicken AbeBooks. All of that makes Nier: Automate a game that needs to be experienced from beginning to end – and not just ending A, but endings B, C, D, and E as well. Those multiple endings build to something no other game has ever dared to attempt (with apologies to the original Nier). But this one just hits a little different, you know?

Disco Elysium took age-old CRPG mechanics and created something entirely modern with them. As well as transplanting the dice-rolls and deep dialogue options from Dungeons and Dragons into a lesser-seen noir-detective setting, it offers entirely original ways to play, such as such as debating against 24 different sections of your own brain, each representative of a different skill or trait. 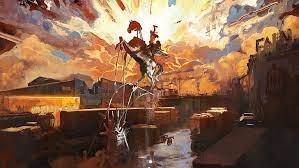 Your down-and-out detective is thrust into circumstances where you must solve a murder, but with all great stories its not the conclusion that is solely gratifying, but the journey you took to get there as its ludicrously detailed world and cast of characters drive it along, supported by some of the best writing seen in a game. Playing Disco Elysium feels entirely fresh and pretty much unlike anything else you’ll have experienced on PC in any era, let alone this one.

The acclaimed RPG was made even better with Disco Elysium: The Final Cut, which adds all-new quests and full voice acting. IGN awarded it a 10/10, saying “The Final Cut elevates Disco Elysium from an already phenomenal RPG to a true must-play masterpiece.”

In short, Final Fantasy XIV is not just the best MMO you can play right now, it’s a fantastic Final Fantasy game in its own right. Through its relaunch and subsequent three expansions FF XIV has slowly morphed from a relatively generic good-versus-evil plot into a sprawling, political, and fantastical thriller. The latest expansion, Shadow bringers, serves both satisfying payoffs to some years-long character arcs, as well as a compelling self-contained story that rivals the Final Fantasy series’ best.

Don’t be scared away by the fact that it’s online. Despite being an MMO, Square-Enix has streamlined things so much that, if you don’t want to, you really don’t have to play with other people. Story missions are intended to be tackled solo, and even instanced dungeons now have an option for you to enter with computer-controlled party members instead of forcing you into a group with strangers. Of course, it’s also a fully-fleshed MMO with end-game raiding that ranges from totally accessible to maddeningly punishing. 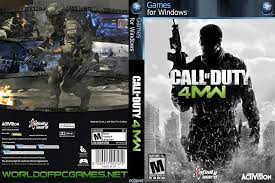 Arthur Morgan’s sprawling tale of loyalty, conviction, and the price of infamy is only the beginning of Red Dead Redemption 2. The marvelous PC port overhauled and further enhanced the gorgeous wild western atmosphere of Rock star’s most recent open-world adventure and added even more activities, unshockable, and impossibly fine details to its expansive map. It’s possibly one of the biggest and best single-player PC games ever and it has an extensive multiplayer mode too. 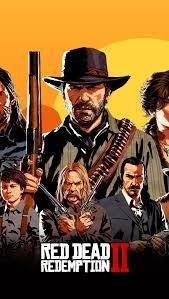 The potential for hijinks within its enormous sandbox of towns, outlaws, and wildlife was already nearly limitless, but the PC version factors in new missions, treasures, gear, and more layered on top of the already 60+ hours of story content in the base game. That’s not even counting all the multiplayer bells and whistles included in Red Dead Online, to say nothing of the ability to expand and customize with mods. RDR2 on PC is handily a must-play for anyone with a rig beefy enough to run it.

Microsoft Flight Simulator is the closest thing we’ve had to a near-perfect recreation of the real world in the virtual space. Using real-time Bing data to allow you to fly to and from any place on the entire planet has raised the bar for simulations to heights never seen before. Accessible to anyone, or as realistic as you want, this is open-world at its most literal. Free-flying around the globe, participating in landing challenges at some of the world’s most famously difficult airports, or just sightseeing, Microsoft Flight Simulator is an unparalleled achievement. Don’t forget to grab one of the best PC joysticks to make this flight-sim experience that much more immersive. 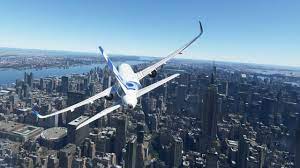 MOBAs have earned a reputation for being dense and difficult to learn, but immensely strategic for those who put in the time. Spend some quality time with Dota 2 and you’ll understand why. Though all matches take place on one map, and there’s only one objective, its 100+ characters and thousands of item combinations make each round feel unique. 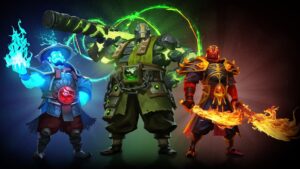 Because every second matters, matches are always exciting even when they seem slow. Are you farming gold? Are you scouting the enemy? Or crossing the map to help out a teammate? Or heading back to base to heal? Its complexity can scare players off, but those who stick through it will be rewarded with some of the most strategic gameplay around.

No game simulates the feeling of being in command of a starship flying by the seat of your pants like FTL: Faster Than Light. It’s a game you shouldn’t expect to survive – more likely, you’ll be blasted out of the sky by a vastly superior enemy ship or boarded by a death squad of giant killer insects who massacre your crew. Maybe your life-support system will be hacked and everyone will suffocate. 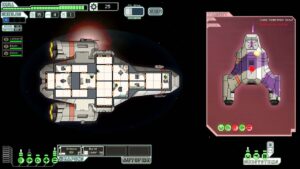 But FTL’s not about winning – it’s a story generator, where you get to talk about the time you got a killer beam-weapon combo that cuts enemy ships to ribbons while your ship remains cloaked, or vented a boarding party into space while your crew laughed behind reinforced bulkhead doors. Its tactical combat never gets old, tons of loot and random events keep every game feeling unpredictable, and unlock able ships force you to change up your strategies on subsequent runs. And every so often, you might even win.

Few games will make you fear for your life upon encountering the most mundane of inanimate objects the way Prey does – and fewer still will then give you the power to become those objects yourself. It may look like a standard first-person shooter/RPG set aboard a post-disaster space station on the surface, but this immersive sim is one of the strangest of the lot. 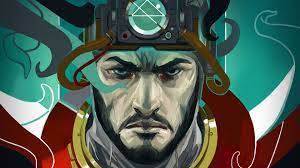 To combat the ever-present threat of enemies that can look like anything until it’s too late, Prey fills your toolbox with a wide range of weird, unique, and often exciting tools and then lets you figure out which ones you most want to use. All of that combined with a story that channels the best of both its clear Bio Shock and Dishonored inspirations makes Prey is a gem of a single-player PC game that shouldn’t be overlooked.

The first few months of a new year are always lousy with new video games. Developers who can’t…
byadmin The best gaming headsets in 2022