Losses disguised as wins, the science behind casino profits

Gambling is good business, or at least a profitable one. According to the American Gaming Association, in 2012 the 464 commercial casinos in the US served 76.1 million patrons and grossed $US37.34 billion.

Each year gaming revenues in the US yield more profits than the theatrical movie industry ($US10.9 billion) and the recorded music industry ($US7 billion) combined. Even the $US22.5 billion combined revenue of the four major US sports leagues is dwarfed by earnings from the commercial casinos industry.

Gambling is such good business that despite reported negative impacts – such as increased poverty and unemployment, higher crime rates, and decreased property value in nearby neighborhoods – the state of Illinois early this year passed a law to allow slot machines in all establishments that sell alcohol.

Likewise, Massachusetts has recently approved Las Vegas casino mogul Stephan Wynn’s plan for a $US1.6 billion dollar casino resort just north of in the Boston area. Although this project and others could be stopped by a ballot question 3 “expanding prohibitions on gaming” on November 4.

The spread of gambling in America

Gambling is not just common, it’s also accepted. Despite the fact that for an estimated 4% of the population gambling represents a problematic and even pathological addiction, 85% of Americans feel that gambling is either perfectly acceptable for themselves or if not themselves for others in a country where more than 20 States now allow some form of commercial casino.

It’s not too hard to see why casino lobbyists believe casinos make a positive contribution to the communities in which they operate.

It’s far less easy to understand why so many Americans enjoy gambling even though it tends to result in the loss of money.

You lose, the casino wins

As a general rule, we tend to repeat behavior that produces desirable results and avoid behaviors that result in loss. We repeat jokes that people laughed at, choose jobs that we enjoy and that pay the most money, and avoid behaviors that produce fines. Following this logic, one would expect a gambler to only play as long as they are winning and then cut their losses when they begin to lose.

Yet gambling appears to operate differently; players play faster after losses and bet persistently regardless of the percentage of payback, magnitude of return, or the lack of winning entirely. So what encourages gambling behavior if losing occurs more frequently, and payouts do not exceed buy-ins?

One explanation is that gamblers poorly judge the actual probability of winning, even as their pile of tokens and coins dwindles before them.

Some examples of this phenomenon can easily be seen in the language of gamblers. “My luck is going to turn,” “A win is coming,” or “I am on a hot streak,” are all statements that speak to an over-confidence in one’s ability to predict functionally random events.

Gamblers will often say these things after an unusual series of outcomes, for example ten straight losses on red at roulette. The gambler may then proceed to bet more on red, in the false hope that the next spin is more likely to come up red due to the overall probability of the game (50% chance of red).

This flawed logic is called “The Gambler’s Fallacy”. It stems from a misunderstanding of how probabilities are assessed; in fact the outcome of the previous spin of the roulette wheel has no influence on the outcome of the next spin. The probability of red remains stubbornly fixed at 50%.

Missed it by that much

Another example of how gamblers misjudge losing outcomes can be seen when individuals respond to losses that are similar in appearance to a win. Receiving two out of three symbols necessary to win on a slot machine is a loss but players often respond to this “near miss” with excitement, increased betting and more persistent play.

Winning and almost winning are such similar events to many people that they respond in the same way to both. People pause, for example, for longer after a win than a loss. This is known as a “post-reinforcement pause.” People often pause for longer after a near-miss.

Winning and almost winning are so alike in gamblers’ brains that research on the dopamine-transmitting pathways of anticipation and reward show remarkably similar activation patterns for a near-miss and a win.

Near-miss effects are not limited to outcomes that look similar to win. Outcomes that are closer to a win in a more abstract sense also cause a similar response.

For instance, the near-miss effect has been demonstrated in games where “nearly winning” might relate to scoring a number that is close to a winning number, such as in blackjack.

Near-miss outcomes are not the only form of almost winning that contributes to the behavioral confusion faced by gamblers. Modern slot machines also present a myriad of features that are designed to confuse outcomes.

One feature present in almost every modern slot machine is the partial win or “loss disguised as a win.”

Since slot machines have gone from the traditional 3-reel 1-line slot machine to the modern 5-reel video slot, often with 25 or more winning lines, near-miss outcomes have become almost unidentifiable from other losing outcomes.

By encouraging individuals to play on more than one line, casinos have created a scenario where players are awarded a win on almost every spin.

Despite the increased frequency of winning, the proportion of money returned is often far less than the entire bet, such as winning 10c on a 50c bet. This 80% loss is accompanied by the same sounds on the machine as a real win and occupies the same area of the screen that wins are reported in.

Since noticing near-misses on modern slot machines is difficult, game makers have incorporated other game features such as free-spin symbols, mini-games, and progressive awards, which create new near miss situations while often not guaranteeing any increased value of a win themselves.

For example, special symbols might be placed on the reels that provide 10-free spins whenever three appear anywhere within the game screen. These symbols will often make a special sound, such as a loud thud when they land; and if two symbols land, many games will begin to play fast tempo music, display flashing lights around the remaining reels, and accelerate the rate of spin to enhance the saliency of the event.

When you win these sorts of outcomes you feel as though you have won a jackpot; after all, 10 free spins is 10x the chances to win big money right? The reality is that those 10 free-spins do not change the already small probability of winning on any given spin and are still likely to result in a loss of money. For many games, features such as this have entirely replaced standard jackpots.

These features share one important characteristic: they allow the casinos the ability to provide more outcomes that feel like a win while not increasing the actual payout. The effect of these features is so significant that in 1989 the Nevada Gaming Commission banned algorithms that purposefully increased the prevalence of near-miss outcomes. Of course, this only applied to the intentional increasing of near misses when a loss is already determined, i.e. artificially producing a near miss instead of what the reels would have normally landed on.

Unfortunately, these laws do not preclude the intentional design of reel layouts that, without additional manipulation, produce frequent near misses and losses disguised as wins. These laws also do not apply to the newer game features which either highlight the near miss, such as accelerating reels, or create entirely new topographies of outcomes, as is the case with free-spins or mini-games.

While the question of how to best manage artificial manipulations of near misses may be a topic of future regulatory discussion, the decision to play games with these illusions will ultimately fall upon the end user.

As long as you are willing to expose yourself to the game in the first place, the casino need only sit back and wait. And with increasing availability of casinos across the US, they won’t need to wait long. 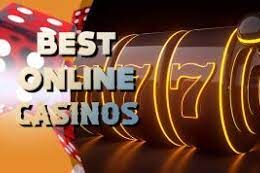 THE BEST CASINO GAMES YOU CAN PRACTICE

It can be really scary at first if you are new to a casino setup.  Money coming and going,…
byadmin 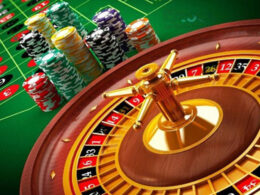 BEST CASINO SITES FOR CANADIANS IN 2022

Canadians are very excited about the World Cup in Qatar. This is because they are very fond of…
byjohn paul