Wordle might be the most popular mobile puzzle game of all time, but what other games should you check out? Here are games like Wordle you should try in 2022.

Developed by Josh Wardle, Wordle is a puzzle game that asks players to guess a five-letter word, with clues given with each guess. Both incredibly fun and infuriatingly difficult at times, the game saw a surge in popularity in 2022. The game has even been purchased by the New York Times.

Due to its popularity, Wordle has sparked a wave of imitators and ushered in a craze around mobile-based word games, but the question is: which Wordle-like games are worth your time?

Below, we’ve compiled a list of the best games like Wordle you can play on your phone or on PC in 2022. Some are very similar, while others take the concept and modify it in creative and fun ways.

Here are the  best games like Wordle that you should be downloading and checking out in 2022:

Scrabble is the undisputed king of all word-based board games, however, the brand has often struggled to make the transition to mobile gaming. There have been many different Scrabble apps over the years, but the current iteration is everything we wanted it to be.

If you love playing the original Scrabble with your family and friends or are looking for an app like Wordle to test your brain, try Scrabble’s latest mobile offering. It’s hard to deny that Wordle has influenced this version, but let’s not forget — Scrabble influenced all mobile word games.

Nerdle is essentially Wordle, but with numbers. It’s not going to be for everyone, but those who are keen to show off their math skills will enjoy it. It mirrors Wordle in a lot of ways too, using that game’s rules and mechanics, but with a numerical twist.

If words aren’t your thing, but numbers are, then Nerdle will be a great way to get your own back on those who show off at Wordle. Get your friends to download the app, and let the mathematical mayhem begin.

Make sure to check out our daily Nerdle guide for today’s answers and clues to the mystery equation.

Dordle takes the word guessing formula a step further than Wordle as it offers players an extra challenge. When you log into Dordle every day, you’ll be presented with two words to guess instead of just one.

Due to the extra word, you’ll get seven attempts to guess the right answer as opposed to Wordle’s six. It’s double the challenge and double the fun, providing players with a real chance to test their word guessing prowess!

If you need some help guessing the mystery words, our daily Dordle guide has got you covered.

Globle is another geography-based guessing game where players are tasked with guessing the name of a country from anywhere in the world without any hints to help them. The only indication that you’re on the right track is by the red color palette the game displays whenever you guess, the hotter the color, the closer you are to the right answer.

This game can be a tough challenge but extremely rewarding for those who want to put their geography knowledge to the test. Globle uses a color palette system instead of letters to help the player.

Quordle is perhaps the hardest of all the Wordle-inspired games. You’ve got to guess four words as opposed to just one every day in Quordle. If you’re up for a big challenge and want to test your vocabulary to the limit, this is the game for you.

You’ve got just nine chances to solve all four words, so you better make every guess count! The game also features a practice mode for those wanting to warm up before starting their daily challenge.

While it looks like Wordle when written down, Worldle is an entirely different game. As the name suggests, this is based on geography rather than words. The game will show you an outline of a country, along with some basic facts about it, and challenge you to name which one it is.

Of course, some countries are easy, any of us could spot Italy or the UK, but the real fun begins when the app starts showing you pictures of land-locked nations. This is when your knowledge of the world map really starts to come in handy.

Waffle is different from Wordle as it’s all about unjumbling words rather than guessing what they are. The game provides a crossword grid full of different words, then challenges you to work out what each one is.

It sounds easier than Wordle, as the letters you’ll need are already there, but in order to know what the word is, you’ll need to have it in your vocabulary. Even the most talented wordsmiths will be undone by Waffle on occasion, and it’s a great way to learn some new words.

Waffle is like Wordle, but with an emphasis on unjumbling words.

Heardle is an audio-based spin on the Wordle formula, where instead of guessing a word each day, players are tasked with guessing a popular song from a short audio clip. The tunes can range from old classics to modern hits, which means there’s a huge amount of variety.

You’ll get six attempts to guess the correct song in Heardle, so make sure your ears are sharp before you press play!

If you need some help figuring out today’s piece of music, our daily Heardle guide has got you covered.

Similar to Heardle, Taylordle is another music-based guessing game that’s exclusively themed around Taylor Swift and her discography. Players will be tasked with guessing the correct Taylor Swift song each day and will have 6 attempts to get the right answer.

While the game is currently on pause in support of the Lillth Fund Charity, you can still find hints for the latest answers in our daily guide.

Crosswordle is a lot like Wordle but in the classic crossword format. The game gives you the answer at the bottom of the screen, but your challenge is to work backward to figure out what the rest of the grid is.

The game is essentially Wordle in reverse — a novel idea that lends itself well to some classic crossword puzzles. If you’re a fan of either, this will be right up your street.

Octordle is a word game that will put your vocabulary skills to the ultimate test. In this Wordle-inspired daily challenge, players are tasked with guessing eight words in only 13 attempts.

Each word contains five letters but that’s where the similarities end, as with other Wordle spin-offs the words won’t necessarily relate to one another. If you’re looking for a real challenge to get your brain started every day then Octordle could be the game for you.

Wordle is the spiritual successor to Words With Friends and in many ways, owes its existence to it — at least in part. Words With Friends was massive when it was first released and set the standard for mobile puzzle games for years to come.

While Wordle would go on to inherit its crown, a sequel to Words With Friends was released in 2017. This game takes the template of the original and expands on it, creating a much more streamlined and engaging experience.

Words With Friends 2 is the sequel to the game that started it all.

Squabble is a lot like Wordle, but with an additional bonus: multiplayer. It borrows elements from Wordle and Words With Friends, merging them into a new experience; the game even has Battle Royale-style play.

Here, a group of players can enter a match, where each player tries to guess a word. Wrong answers eventually lead to players being eliminated one by one until only the champion remains.

If you’ve ever wanted to dominate a group of strangers or friends in a word-based battle of wits, then Squabble will let you do just that.

Jumble is a Wordle-inspired game that tasks players to solve a number of anagrams every day. It’s an interesting take on the word puzzle formula and can often provide quite a challenge for those looking to really test their wordsmithing abilities.

Check out our daily Jumble guide if you’re struggling to solve today’s anagrams.

This game is the perfect daily challenge for fans of the Star Wars franchise. SWordle is a pop-culture-inspired spin on Wordle that gives players six opportunities to guess a five-letter word, and the answer will always relate to Star Wars.

With how vast the Star Wars universe has become, SWordle is just as much about trivia knowledge as it is a guessing game. It’s bound to provide a challenge for even those who know everything about a galaxy far far away.

How to use Pinnacle Game Profiler? 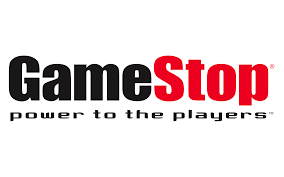