Building A New Technology Diplomacy For The 21st Century

Over the past decade, the Asia-Pacific region has risen in its strategic importance to the United States, in terms of economic and national security. It is now the world’s economic engine, high-tech manufacturing powerhouse, and burgeoning source of cutting-edge technology. It is home to the world’s fastest-growing markets fueled by a booming middle class and expected to drive the dynamics of the 21st century global economy.

The region is also the launchpad for China’s quest for global leadership. Locked in a strategic competition with the United States, China knows its power to influence the international economic, trade and security landscape rests with its technological prowess. Scientific and technological innovation is the main battlefield of the international strategic game, as declared by Chinese President Xi Jinping, with the aim that China will seize the commanding heights of technology. His government uses the promise of cooperation in technology as an incentive for emerging and developing countries to engage in alliances with China, expanding its ability to shape the rules for the next global economy.

We need a vision and framework to forge similar alliances among democratic, likeminded and strategically positioned Asia-Pacific nations that can counterbalance China’s ambitions. Such alliances can play a key role in developing solutions to the national, regional and global problems we face, such as cybersecurity, sustainable production and consumption, and the ethical use of technologies. The U.S.-Japan alliance over the past half-century has been a stable cornerstone in the Asia-Pacific during a period of tremendous change. Japan continues to be positioned as a prime partner for balancing technological power in the region.

Currently, with the United States so deeply intertwined with the Asia-Pacific region, our economic resiliency and national security are at risk. In the early days of the COVID-19 pandemic, the United States struggled to secure critical medical products such as personal protective equipment, or PPE, from Asian producers. Additionally, we are dependent on China for critical and rare earth materials used in many high-tech products. Furthermore, we rely on countries such as Taiwan and South Korea for the production and packaging of many of the semiconductors we use in military systems and in the digital devices used in our daily lives. These interdependencies — and vulnerabilities — have triggered responses, such as the CHIPS for America Act. This legislation authorizes a $500 million fund to support the semiconductor supply chain as well as the development and adoption of stateside semiconductor production.

This is where building on our diplomatic relationships in the region will also strengthen our position, both in the region and worldwide. In April 2021, President Joe Biden and then-Japanese Prime Minister Yoshihide Suga forged a new Competitiveness and Resilience (CoRe) Partnership to increase cooperation in research and technology development in areas such as biotech, AI and quantum technology. The partnership also focused on secure information and communications technologies, including next-generation mobile networks, sustainable agriculture and energy. Lastly, CoRe will also shore up critical supply chains, including those for semiconductors.

Much like American manufacturers benefitted enormously from their uptake of Japanese practices and quality methods in the 1980s, the United States similarly has much to gain from, and share in, this new CoRe partnership. For example, both nations are prone to natural disasters — tornadoes, hurricanes, and tsunamis as well as wildfires and earthquakes — and have developed strategies in prevention, mitigation and recovery. Also, only a few countries in the world are at the leading edge of a suite of advanced innovation, ranging from high performance computing to nuclear technologies, a promising pathway to reducing carbon emissions.

The government-to-government CoRe Partnership can also have greater impact if supported by both countries’ private sectors. Not only do the private sectors in both countries own and maintain the majority of the infrastructure, but they also have the technology development skills and the commercialization and deployment capabilities needed to bring the CoRe vision to reality. The Council on Competitiveness — with its CEO-level membership from industry, academic, labor and U.S. national laboratories — and the Japan Innovation Network (JIN) — whose mission is to support the cultivation of innovation in Japanese business and industry — signed a Memorandum of Understanding this month to launch a new initiative called the U.S.-Japan Commission on Innovation and Competitiveness. The Commission will identify projects and initiatives in areas of common interest, including promoting joint research between the United States and Japanese institutions and laboratories on critical technologies, technical visits between American and Japanese companies and research institutions, and providing recommendations to both governments with the goal of contributing to the improvement of public policies for innovation and resilience. This effort will provide a platform for private sector engagement in advancing our binational goals, creating opportunities to support CoRe and usher in this new era of technology statecraft.

Our strategic goal is for this partnership to serve as a model for a more proactive, strategic and innovative approach for the United States in the region. This framework of coupling the public and private sectors and building alliances that enhance the economic and national security of likeminded countries will help develop and deploy innovations to solve a range of global grand challenges — and keep those that hope to threaten global order and stability at bay. 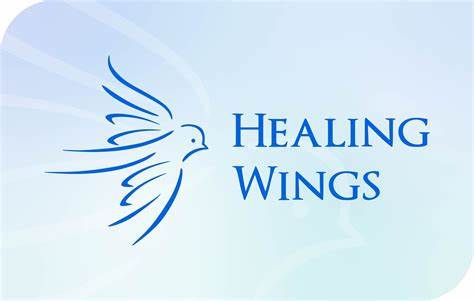 ICONI donates 10% of our profits to nonprofit organizations. Earlier this year we donated to Clothes to Kids…
byjohn paul 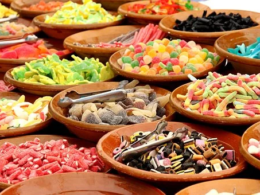 In the USA, two laws govern the labeling of food. These are The Federal Food, Drug, and Cosmetic…
bychris jenifer

Men’s Health Supplements – Why Are They Required?

If you’re considering getting a vitamin supplement, the first question you should ask yourself is “why?” Many supplements…
byzackefron789