Over the past few months, GTA 6 has been the only thing occupying every GTA fan’s mind. This makes sense, as almost every week since the official announcement for this game, a new leak or rumor comes up and quickly grabs the entire community’s attention.

Although most of these rumors and leaks have been proven to be fake, some leaks are still being discussed and analyzed by fans and journalists alike. In any case, players are hoping to see a release date of 2023 for GTA 6.

One of the earliest trustworthy rumors of a 2023 release date for GTA 6 was Tez2’s post on the GTA Forums. Tez2 is well known in the Grand Theft Auto fandom since he frequently provides reliable information on new Rock star Games games.

He sparked this rumor by saying on GTA Forums that the game’s release is just “a year or a year and a half away.” After the game was revealed, renowned video game writer Jason Schrieffer also endorsed the 2023 release date speculation.

The time period for this alleged release will cover 2023 until the beginning of 2024. However, the accuracy of the estimate cannot be easily verified, but anything may happen when it comes to Grand Theft Auto 6 leaks.

Tom Henderson, a trustworthy insider well known for his Battlefield leaks, started leaking information regarding Grand Theft Auto 6 in 2021. The purported release date of 2025 was the most intriguing detail found in his tweets and videos. He said that the charges surrounding “crunch culture” and the global pandemic had slowed down development, which accounts for the delay.

Tez2 dispelled such speculations again, citing Jason Schrieffer’s last statement regarding a 2023 release date. But later on, Schrieffer himself agreed to Henderson’s claims of a 2025 release.

It wouldn’t be shocking if the upcoming Grand Theft Auto game was initially scheduled for release in late 2023 but will ultimately get postponed to a later date. There is a high possibility for this to happen because Rockstar Games had already done it before with a Grand Theft Auto 5 next-gen port which was delayed for several months from its initial release date. Players must keep in mind, though, that these are only rumors. 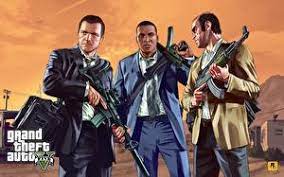 Unfortunately, all these rumors came to a halt when Take-Two Interactive, Rock star Games’ parent company, released their internal plans for the next three years.

Except for Grand Theft Auto 6, every Rock star Games title currently in production with a release window of 2023 to 2025 was listed in the financial report. GTA 6 note being on the list might mean that it is still in the early stages of development.

It is possible that Take-Two is keeping Grand Theft Auto 6’s release date a secret, but it is more likely that they will release it around 2024 or 2025. While this might be disappointing for fans, it is not too surprising as even the release date of 2025 seems to be a relatively short time frame for the project, given the size of Grand Theft Auto games and the amount of work Rock star puts into them.

It should also be noted that the pipeline is not totally fixed since it has been stated that other games will be added to it, one of which might be Grand Theft Auto 6. But with all this new information, it is highly unlikely that Grand Theft Auto 6 will be out in 2023.

Again, all this is just speculation as nothing can be confirmed until Rock star Games them self reveal the release date. Crypto billionaire Sam Bankman-Fried went from industry leader to villain in less than a week, losing most of…
byjohn paul

Before I became completely enthralled by video games, I used to play with actual toys and dolls! I…
byadmin