by john paul
in Games
0

Here is every main series Call of Duty game ranked in a tier list that fans check out while they wait for Call of Duty: Modern Warfare 2.

Activision’s Call of Duty franchise has been going strong for nearly two decades now, with most entries in the series topping sales charts and earning high marks from critics. Later this year, Call of Duty fans can look forward to the release of Call of Duty: Modern Warfare 2, a direct sequel to the 2019 Modern Warfare reboot that will pick up where that game left off.

While Call of Duty fans wait to get their hands on Modern Warfare 2 in the beta and when the full release rolls around in October, they can revisit some previous games in the series. To get a better idea of which Call of Duty games should be prioritized and which ones should be avoided, here is the entire Call of Duty series ranked in a tier list. 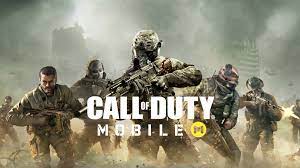 Call of Duty 2 (2005) – The first Call of Duty game was made as a Medal of Honor-killer, setting a new standard for military shooters. The sequel had a lot to live up to, but Infinity Ward not only met those expectations with Call of Duty 2, it exceeded them. Call of Duty 2 is widely considered one of the best World War 2 first-person shooter games there is, with clever enemy and partner AI and intense combat that holds up to this day. The Call of Duty 2 campaign is the real highlight of the experience, and while the multiplayer is fun enough, it had yet to reach the potential it would realize with CoD4 and the games that followed.

Call of Duty: WW2 (2017) – Sledgehammer Games pushed the Call of Duty franchise into the future with Advanced Warfare, but for its second CoD effort, it took things back to World War 2. There once was a time when World War 2 shooters were a dime a dozen, but they were hard to come by when Call of Duty: WW2 released, making it a fresh of breath air in that regard. Call of Duty: WW2‘s micro transactions and loot boxes saw the series become even more monetized than ever before, and while it was nice to see a World War 2 game with modern graphics, it didn’t stop the campaign and multiplayer from having a distinct sense of “been there, done that.”

Call of Duty: Vanguard (2021) – Sledgehammer Games has always been looked at as the C-team for Call of Duty, and unfortunately, it was unable to shake that reputation with Call of Duty: Vanguard. Call of Duty: Vanguard once again features a historical setting, but it does very little to differentiate itself from other games in the series. The changes it did make were not for the better, with Vanguard notorious for having one of the worst Zombies modes in franchise history. Vanguard‘s missteps have caused the game to be the lowest-rated Call of Duty game made to date, and it’s also failing to meet sales expectations.

PHAEDRA COMES TO LIGHT IN THE JULY FORTNITE CREW PACK

PHAEDRA COMES TO LIGHT IN THE JULY FORTNITE CREW PACK

All You Need to Know About Washing Machine Drainage